Art and Design Services by Akit

I am an illustrator, designer and graffiti writer based in London

Part of an on-going project to up-cycle a series of different chairs. Each one a city theme. So far London, New York and now the latest addition; Paris in yellow! 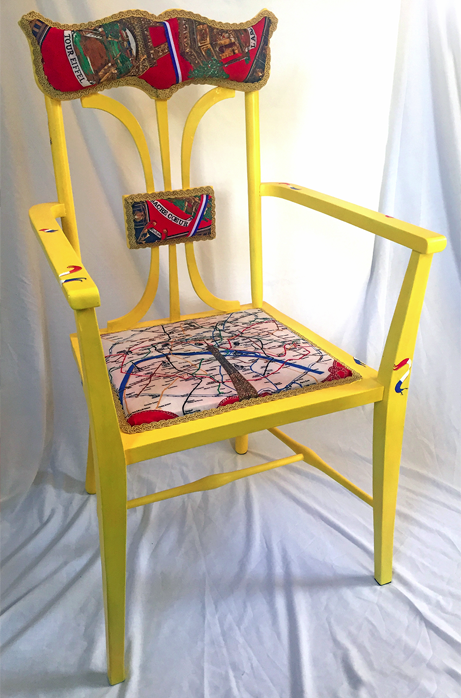 The Paris Chair. Spray-paint, airbrush, paint and pens. Upholstered with a vintage scarf of tourist sights of Paris and a map of the city. A gold trim surrounds the cushions. Painted details include the tri-color flag, the Eiffel Tower and at the owner’s request; macaroons! 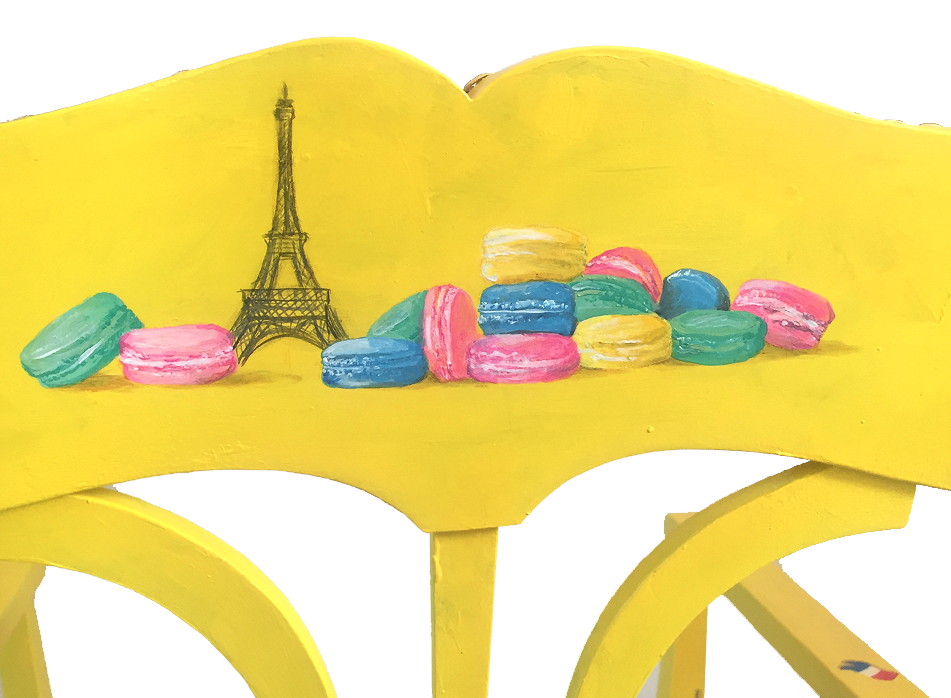 The London Chair. Spray-paint, airbrush, paint and pens.
The brief was up-cycle a chair with a London theme in fun bright colour-way. Illustrating known London landmarks such the Shard and Tower Bridge in a dusky London sunset.

The New York Chair. Spray-paint, airbrush, Letraset, paint and pens.
Second in the series of city-themed chairs is New York. The client stated as before a simple directive; blue hues and New York, New York! I chose to reflect the city with an Art Deco touch, using layers of faded stencilled lines to echo the city’s early 20th century stream-lined architecture. Next in the series of city chairs is Paris in Yellow!

I am an illustrator and graffiti writer based in London.

I am available for paid commissions including teaching and hosting workshops, illustrative editorial work, personalised canvases and customised graffiti.